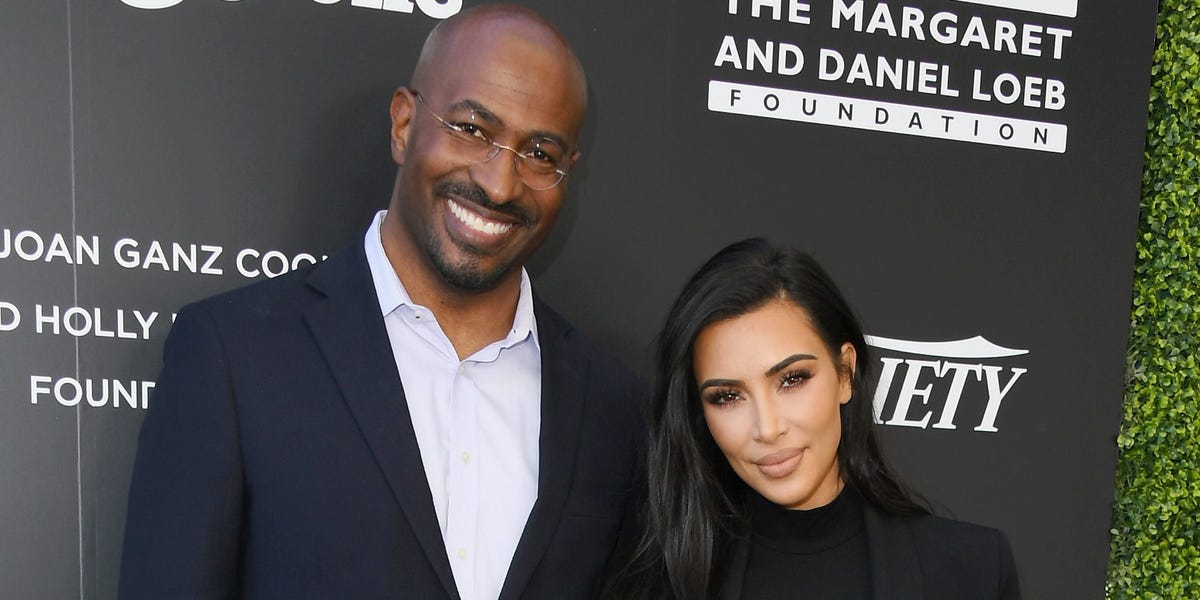 Whispers that the unlikely pair were romantically involved began earlier this year when it was confirmed that the reality star had split from her ex Kanye West. But Kardashian West shut the rumors about dating Jones down in June, during the “Keeping Up With The Kardashians” reunion special with Andy Cohen.

But according to the KKW Beauty founder, the gossip had been good for Jones’ social life. “Van texted me and was like, ‘this rumor has gotten me so many dates and I’m so grateful, so I owe you,” she told Cohen.

Jones and Kardashian West first met at the White House in 2018, while they were visiting to advocate for criminal justice reform.

“Kim is an incredibly smart, effective, humble and determined advocate,” Jones wrote in a caption on Instagram. “Working day in, Day out, around the clock to win clemency for individuals who should not be doomed to spend the rest of their lives behind bars.” He called the businesswoman and TV personality’s dedication to the cause “a major asset.”

Kardashian West’s support of prison-reform issues made headlines when she joined the effort to help Alice Marie Johnson, a grandmother in her 60s who was convicted on non-violent drug-related charges, fight for clemency. Former president Donald Trump granted the request in June 2018.

Jones has continuously praised Kardashian West since then, saying during an appearance on “The Ellen DeGeneres Show” in May that the mom of four is going to make an “unbelievable” lawyer. “Once she got a taste for what she could do, using her platform, using her brain… .she hasn’t let up,” said Jones, who has been mentoring Kardashian West throughout her legal pursuits.

Kardashian West has also been linked to Colombian singer-songwriter Maluma after hanging out with him in April, but she told Cohen she’s not dating him either.

Jones separated from his wife Jana Carter in 2018 after 13 years of marriage.