Tom Brady never planned to wear No. 12 and other interesting stories from his oldest ex-teammate, Lee Johnson 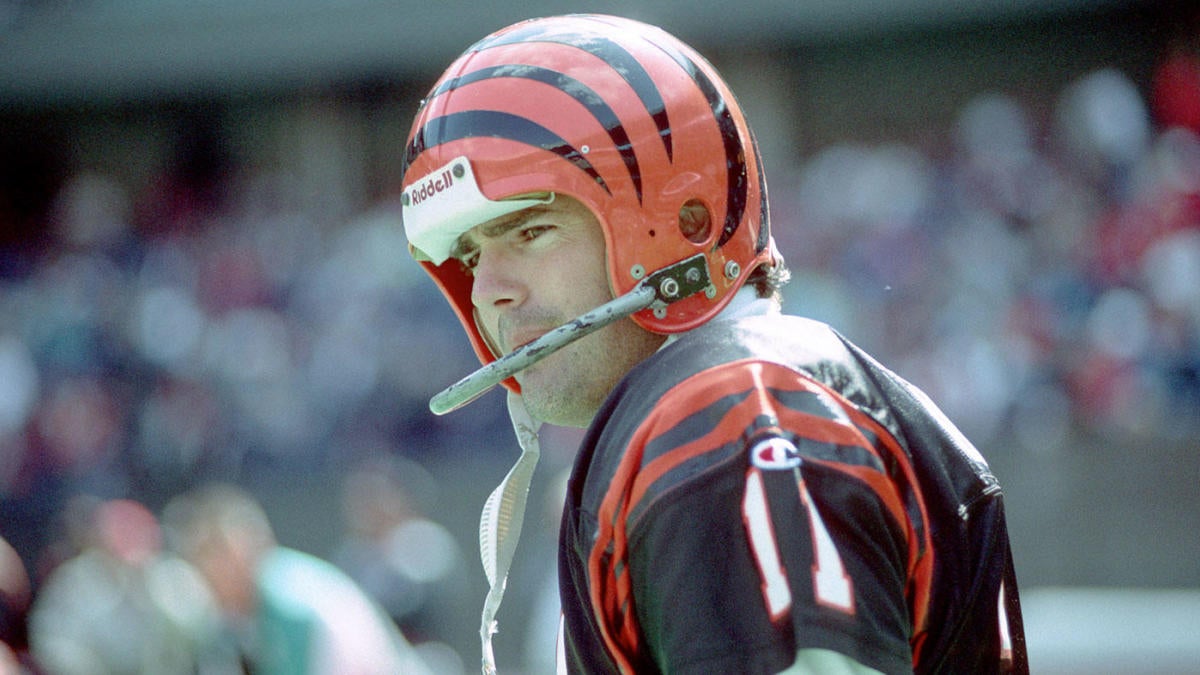 Now that the summer is here, that means the dead part of the NFL offseason is officially upon us and although things can get kind of boring during this period, I decided to spice things up this week by searching for Tom Brady’s oldest ex-teammate.

Brady is going to be 44 in August, so that got me wondering, does he have any ex-teammates who are getting close to 60 years old? I looked into that and it took me down a rabbit hole that led me to one of the most fascinating players in NFL history and that player is Lee Johnson, who actually does turn 60 this year. (He was also drafted in 1985, which means Brady has an ex-teammate who was drafted 36 YEARS AGO. I have no idea how Brady is still playing.)

Johnson spent 18 years in the NFL with six different teams, including the Patriots, who he played for from 1999 to mid-2001. He was the guest on Monday’s special episode of the Pick Six Podcast and if you want to hear everything he had to say about his time in the NFL, be sure to listen to the entire interview below.

Although Johnson never won a Super Bowl ring during his two and a half seasons in New England, he definitely played a small part in helping to shape the Patriots into what they would soon become: He made left-footed punters a nearly permanent thing in New England and he’s the reason Brady wears No. 12.

Of course, Johnson’s more lasting impact in New England might have been Brady’s jersey number. Coming out of college, Brady wanted to wear 10 — because that was his number at Michigan — but he didn’t get it because Johnson was wearing it, which Brady once mentioned in a press conference.

After Brady name-dropped Johnson at the press conference, the former NFL punter says he started hearing from anyone and everyone.

“Once he [said that], it was if I never played football,” Johnson said on Monday’s episode of the Pick Six podcast. “I was a bigger celebrity from that than from any of my 18 years as a player.”

As for No. 10, the crazy thing is that if Brady had asked Johnson for the number, the longtime NFL punter says he would have given it up in a “heartbeat.”

“I don’t recall him ever talking to me or reaching out to me,” Johnson said. “Had he reached out to me, I would have given him that number in a heartbeat.”

Johnson wore No. 11 for most of his career, so he wasn’t overly tied to keeping No. 10. Of course, Brady probably didn’t ask because he was a rookie QB and Johnson was going on his 15th NFL season at that point and that’s just not a request that a rookie would make due to how far down they are on the totem pole… but that’s how close we came to getting TB10 instead of TB12. Should Johnson be getting a cut of the TB12 royalties? Probably.

One small twist here is that Brady and Johnson actually had lockers that were next to each other in New England.

“I was there for so short of time with Tom that the number was never brought up,” Johnson said. “I think he was just happy to be there.”

Johnson is turning 60 in November, which makes him the oldest person that Brady has ever played with in the NFL. Even though he’s Brady’s oldest ex-teammate, Johnson’s NFL memories are still fresh.

For instance, Johnson had very low expectations when Brady took over as the team’s starter after Drew Bledsoe was knocked out of the game back in September 2001. Up until that point, the only time anyone had seen Brady play was in practice and the former Michigan quarterback hadn’t exactly been crushing it.

“I knew we didn’t have, at the time, a really solid, experienced backup,” Johnson explained. “I just remember watching Tom in practice and I’m thinking, “This guy, OK, maybe at some point in his career [he’ll be good]. Maybe Bill saw something in him as a player because I was never in practice thinking this guy was ever going to be the heir apparent for the New England Patriots. Ever.”

After Brady went in for his first snap, Johnson thought the Patriots were going to be in “trouble.”

“So when they put Tom in — it’s a real tribute to Bill and [offensive coordinator] Charlie Weis, who had seen something about Tom that they had really liked — and they went with him and I just remember thinking, ‘Oh my gosh, we’re in trouble,'” Johnson said.

Once Brady got on the field though, Johnson saw a completely different player.

“You just saw a guy who when he got on the field, he just became a master general,” Johnson said. “It was so impressive to watch him from when I saw him in practice and the things he did early on when he was running third- and fourth-team as opposed to what he did on the field. I almost deserve to be hit in the mouth for thinking the way I thought because this guy was able go out there and do things that I had not see many guys do at that age in the NFL. It was a beautiful sight to watch him go in there and perform the way he performed.”

Although Johnson started the season with the Patriots, he was released after a Week 5 win over the Chargers. Johnson fumbled a snap in the game, which led to a Chargers touchdown. That particular game is notable in NFL history because it gave us Tom Brady’s first career touchdown pass.

“I was just bummed out that I was there such a short time to watch this guy do this thing,” Johnson said. “He was magical. Don’t ever judge a book by its cover. You can’t judge a guy’s heart, mind and abilities.”

After Johnson’s release, the Patriots would go on to win a Super Bowl, but unfortunately, they didn’t send him a ring.

“I was eligible for a ring if they wanted to send it, but they didn’t send it to me,” Johnson said. “I was bummed out. I needed that thing. That would have been sweet. I was there five games, so I definitely qualified. Had I been there a little bit longer maybe they would have done it, but since I was only there two and a half years, I don’t think I really made a name for myself.”

If anyone deserves a Super Bowl ring, it’s probably Johnson, who’s been on the losing end of some of the most devastating losses in NFL history.

Although he’s been out of football since 2002, Johnson still has plenty of ties to today’s game. He played for 10 different coaches in his career, including three who are still coaching: Belichick, Pete Carroll and Andy Reid. He also played for Jerry Glanville, Marty Schottenheimer, Denny Green and Sam Wyche.