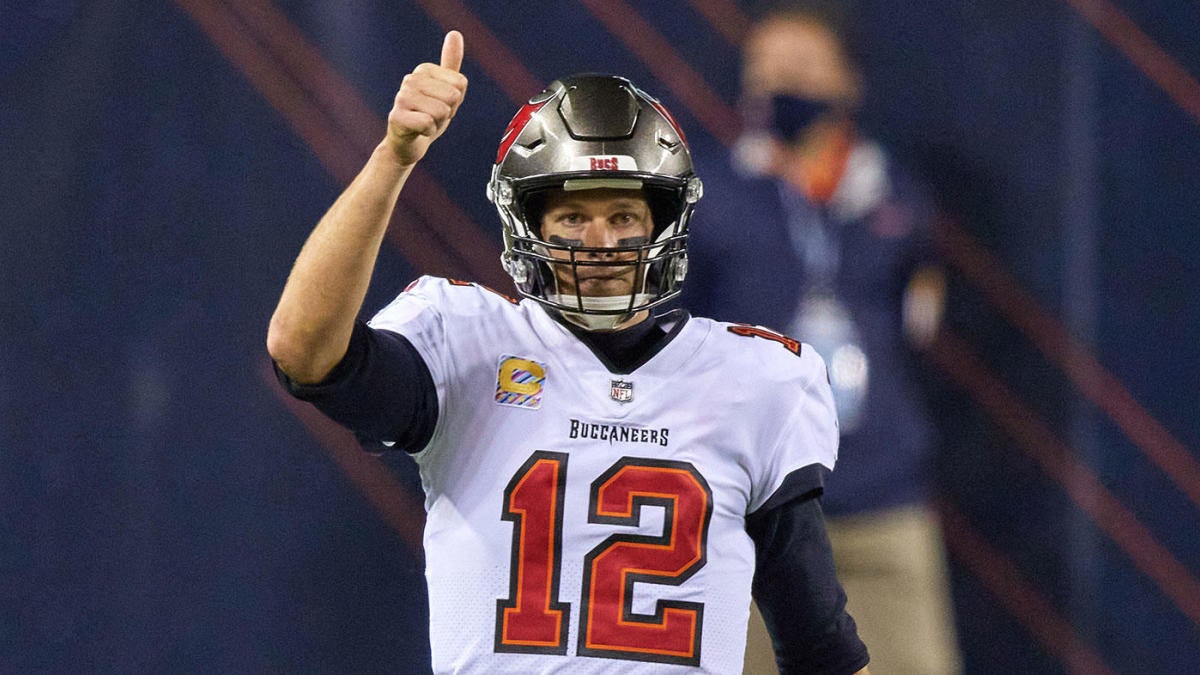 Today is Amazon Prime Day, which I’m only mentioning because I’m not supposed to be on the computer for Prime Day and that’s mainly due to the fact that I have zero will power and I’ll buy anything I see that’s on sale. Well, almost anything.

I probably won’t buy any Washington Football Team merchandise and that’s because the team just lost a key trademark battle with the United States Patent and Trademark Office. We’ll be covering that in today’s newsletter along with the latest news from Tom Brady, who finally seems to be admitting to himself that he’s going to have to retire at some point.

With that in mind, let’s get to the rundown. As always, here’s your weekly reminder to tell all your friends to sign up for the newsletter. To sign up, all you have to do is click here and then share the link.

During the NFL offseason, we like to spice things up each week on the Pick Six Podcast by adding a listener mailbag every Friday and since we didn’t actually do one this past Friday, we did one for today instead.

Our mailbag episodes are pretty simple: We read listener questions during the show and then answer as many of those questions as possible. Questions can be about literally anything. I mean, I’m pretty sure there was one time where we spent 10 minutes talking about the best types of cheese (Note: I will put feta cheese on almost anything). If you want to submit a question, all you have to do is go to Apple Podcasts (click here) and leave a five-star review.

Here’s one question that we answered in today’s mailbag:

Q:  By the end of the season, who do you think will be the lead back for Dallas: Tony Pollard or Ezekiel Elliott? Because I can totally see Zeke dropping the ball on the season like he did last year.

A: If Zeke didn’t get benched last year when he fumbled the football every other time he touched it, then he’s never going to get benched. Elliott fumbled a total of six times in 2020, which was the most in the NFL by any non-quarterback. The Cowboys invested a lot of money in Elliott and I feel like Jerry Jones is dead set on making the investment work even if it continues to look more and more like it might have been a bad investment, which means Tony Pollard probably isn’t going to be the lead back anytime soon.

To listen to the rest of the mailbag — and to follow the podcast — be sure to click here.

2. Tom Brady doesn’t sound too interested in playing until he’s 50

I once believed that Tom Brady’s plan was to play in the NFL forever, but apparently, that’s not the case.

It seems Brady has been giving some serious thought about when his career might end and the one thing we can say for sure is that it doesn’t sound like he plans on playing until he’s 50. The subject of Brady playing until he’s 50 came up recently because back in May, Buccaneers general manager Jason Licht said he would gladly let Brady be Tampa Bay’s quarterback until that age if he wanted to play that long.

Brady was recently asked about that comment and here was his reaction:

That sounds like someone who has no interest in playing until 50. The quarterback has been saying for years that he wants to play until he’s 45 and it sounds like that’s still his plan.

“I’ve always said 45 was the age that I wanted to reach and that was my goal,” Brady said. “This year I’ll be 44, so next year I’ll be 45. I got a two-year contract. I’m going to be able to obviously play this year and God forbid anything happens but play next year and then see what happens after that. If I still want to keep playing, I might be able to do that. And if that’s enough, then that would be enough.”

Brady doesn’t use the word “might” often, which makes it seem unlikely he’ll try to play past 45. If this is his retirement timeline, that means we only have two years left with the seven-time Super Bowl winner, so please appreciate him accordingly.

The USPTO ruled that the name was too generic and that someone else was already squatting on the trademark and because of those two things, it’s going to make it difficult for the team to ever get a trademark on their current name.

This doesn’t mean Washington can’t keep the “Football Team” name, but if they don’t end up getting the trademark, it makes it much more likely that a change will be coming in the future. Without a trademark in place, nearly anyone would be able to sell Washington Football Team merchandise, which would cut into the team’s profits and if you know anything about owner Daniel Snyder, he doesn’t want his profits cut into.

The team has until December to file a response to the USPTO to explain why the trademark shouldn’t be denied. If the team wants the USPTO to change its mind, there are several things Washington could do. First, they could try to buy out the man who is currently squatting on the trademark (Martin McCaulay). The team could also try to add a logo or a mascot that makes the brand more distinctive.

If the USPTO sticks to its denial, then you can almost certainly expect another name change to be coming for Washington at the end of the 2021 season.

4. Predicting every game on the Jaguars’ 2021 schedule

Now that the month of June is here, that means the dead part of the NFL offseason is upon us and although things can get kind of boring during that period, we’re going to keep things spicy around here by going through and predicting every game on each team’s 2021 schedule.

There are 32 teams and we’ll be doing one team per day until we make it through every team. Today, we’re going to finish our run through the AFC South by predicting the Jaguars’ final record.

Here’s a look at how Kerr sees the Jaguars doing in three key games, along with the final record he sees them ending up with:

Overall, Kerr is predicting the Jaguars will finish the season with a 5-12 record and although that would be viewed as a failure by most teams, the Jaguars aren’t most teams. Going 5-12 would mean the combo of Urban Meyer and Trevor Lawrence led the Jags to four more wins than they got last year and I’m guessing most people in Jacksonville would be thrilled with that.

If you want to see Kerr’s prediction for each game, click here to check out his entire story. Coming tomorrow, we’re going from one of the AFC’s worst teams to the AFC’s best team: We’ll be predicting the Chiefs’ final record for the upcoming season.

As you may or may not have noticed, we love to rank things here at CBSSports.com and because of that, we thought we would spend the next few weeks ranking every position group heading into the 2021 season.

From running backs to receivers to quarterbacks to kickers, we’re going to be ranking everyone and since there’s a zero percent chance that you’re going to agree with each ranking, I’m going to be sharing the Twitter handle of each author so you can argue with them about their ranking on social media.

Today, we’re going to be ranking the top 10 offensive lineman heading into to the 2021 season. This list was put together by Tyler Sullivan and if you’d like to tell him how perfect it is, or if you’d like to argue with him on Twitter, you can do that by clicking here.

If you want a detailed explanation of the ranking, be sure to click here so you can check out Sullivan’s entire story.

It was a busy weekend in the NFL and since it’s nearly impossible to keep track of everything that happened, I went ahead and put together a roundup for you.