Predicting the final record for all 32 NFL teams, plus Tom Brady reveals he had COVID shortly after SB parade 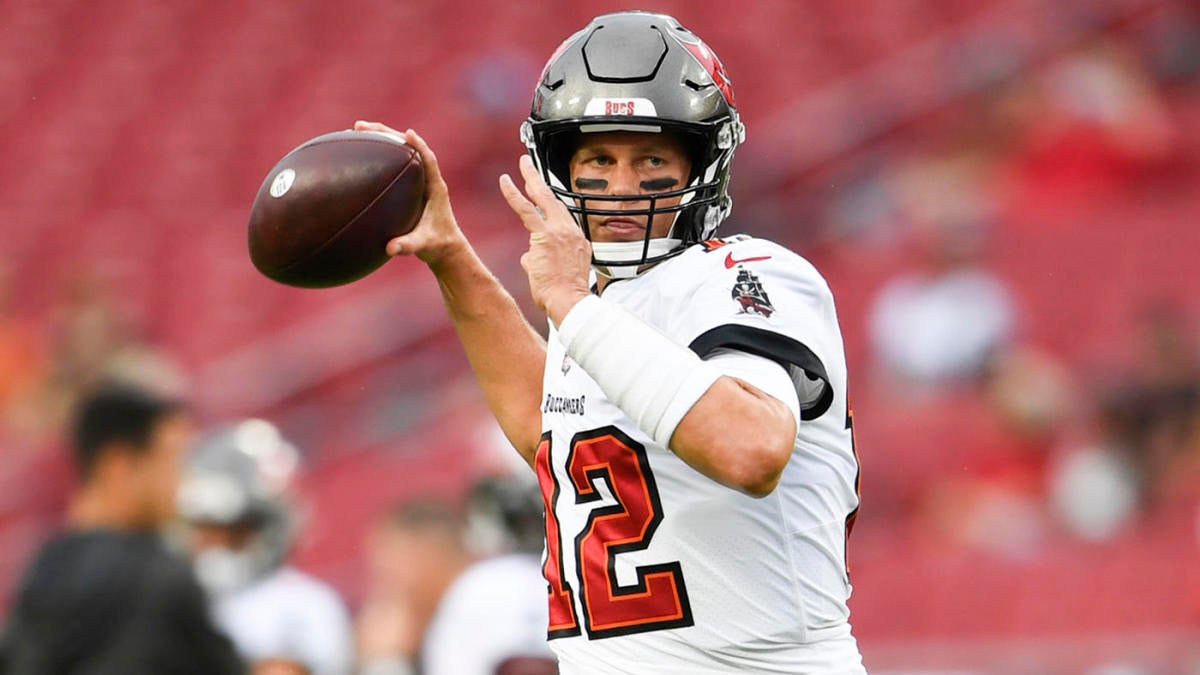 Welcome to the Labor Day edition of the Pick Six newsletter!

It’s fitting that today is Labor Day and that’s mainly because I spent my entire weekend laboring over my predictions for the 2021 NFL season. The NFL schedule has 272 games on it this year and I went through and picked them all. Sure, I haven’t slept since Friday and I’m 98% sure I drank a near fatal amount of coffee over the past 72 hours, but the important thing is that my picks for the season are in and we’ll be covering those in today’s newsletter.

Who’s going to make the playoffs? Who’s going to win the Super Bowl? Who’s going to finish with the worst record in the NFL? We’re going to answer all of that today and we’re doing it in celebration of the fact that there is ACTUAL NFL FOOTBALL being played this week. I’m so happy I could cry, but I’m not going to, because at this point, I’m pretty sure my tears would just be coffee.

Alright, you don’t care about my coffee tears, so let’s get to the rundown.

Some NFL podcasts take Labor Day off, but not us.

With the NFL season officially kicking off this week, we thought today’s show would be the perfect time to unveil some bold predictions for the 2021 season. I jumped on today’s episode of the Pick Six podcast with Will Brinson and Ryan Wilson and we each made three bold predictions for the year. The one thing you’ll notice below is that we all made a prediction on who’s going to win MVP this year and we all picked a different player so only one person is going to get the last laugh at the end of the season and that person might not even get to laugh if we all end up being wrong.

We also graded each other’s bold predictions and if you want to know how the grades turned out, then be sure to listen to our Labor Day special.

To listen to today’s episode — and to subscribe to the best daily NFL podcast out there — be sure to click here.

2. Tom Brady reveals he had COVID earlier this year

Father Time hasn’t been able to slow down Tom Brady, but apparently, COVID almost did earlier this year. The Buccaneers quarterback revealed over the weekend that he tested positive for COVID back in February, shortly after the Buccaneers’ Super Bowl parade.

Brady is one of the healthiest people on the planet and if he couldn’t avoid catching COVID, that tells you just how ubiquitous the disease is right now. As a matter of fact, when it comes to COVID, Brady actually thinks 2021 is going to be more challenging than 2020 for the NFL.

Brady is predicting that a lot of players are going to miss a lot of games.

Brady’s ominous prediction is already coming true with several players already out this week, including one Cowboys star.

From a COVID standpoint, things could get uglier for the NFL over the next 24 hours. Many players were given the weekend off and many of them decided to travel during their time off. All players, even if they’re vaccinated, will be required to take a test this week and if they test positive, that could jeopardize their status for Week 1 (If an unvaccinated player tests positive, they’re definitely out. If a vaccinated player tests positive, they could play as long as they record two negative tests at least 24 hours apart before game day and as long as they’re not showing any symptoms).

As I mentioned at the top, I spent my entire Labor Day weekend going through all 272 regular-season games on the NFL schedule and after 72 straight hours of contemplating the 2021 season, my picks are finally in.

Here’s my prediction for how everything in the AFC will break down this year:

This is usually the part where I would apologize to Bills fans for jinxing their team, but after looking at my picks over the past six years, I might not be a jinx! I’ve somehow correctly picked the AFC’s Super Bowl team in four of the past six years (Broncos in 2015, Patriots in 2017, Chiefs in 2019 and 2020).

If there’s one thing I’m already regretting about my AFC predictions, it’s the fact that I have every single division champion from 2020 repeating as a division champion in 2021. That’s definitely going to blow up in my face. In the NFC, I didn’t want to make the same mistake, so I have a new champion in two of the four divisions (NFC South and NFC West).

Here’s my prediction for how everything in the NFC will break down this year:

Besides picking the Super Bowl winner, I also made eight bold predictions about the 2021 NFL season and you can check out all of those by clicking here.

5. Eight NFL players who could shift the divisional balance of power in 2021

The NFL season is almost always unpredictable, and sometimes, just one player can help decide who’s going to win a division. With that in mind, CBS Sports NFL Insider Jason La Canfora took a look at eight players who could have a major impact on each of the divisional races this year.

JLC picked one player from each division who could make or break things this year. Here’s a look at the players he chose in the AFC:

To check out the NFC players or for a more detailed explanation why he chose these AFC players, be sure to click here.

It’s been a busy 24 hours in the NFL and since it’s nearly impossible to keep track of everything that happened, I went ahead and put together a roundup for you.