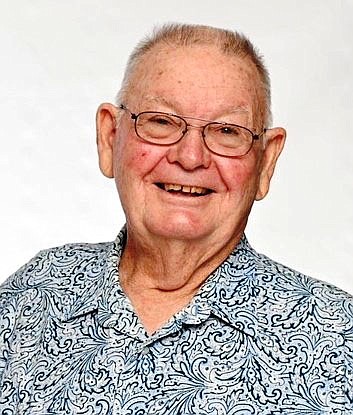 Ronda Blakemore, age 66, a resident of Farmington, Arkansas, passed away Monday, July 5, 2021, in Oklahoma City, Oklahoma. She was born November 28, 1954, in Fayetteville, Arkansas, the daughter of Ronald L. and Sharlene V. (Holland) Sachs.

Ronda received her masters degree specializing in reading, and worked as a special education teacher. She was a proud longtime member of the “Charter Chicks.”

She was preceded in death by her grandparents, her father, Ronald Sachs; one sister, Cheryl Anderson; her husband, Raymond Paul Blakemore Jr.; one son, John Robert Blakemore; one daughter, Raychelle Nicole Blakemore; and one niece, Kecia Williams;

Memorial may be made to St. Jude Children’s Research Hospital.

Calvin Douglas Chambers, 71, a resident of Prairie Grove, passed away Thursday, July 1, 2021, in Fayetteville. He was born June 8, 1950, in Prairie Grove, the son of Damo Calvin and Ruby Marie (Spears) Chambers. In 1952, the family moved to Redwood Valley in California where he grew up. In 1970, he married Lila Stafford in Redwood Valley, and in 1982, they moved back to Prairie Grove where they raised the children.

He was a U.S. Army Veteran of the Vietnam War and was a Military of Purple Heart recipient.

He was a Life Member of the Military Order of the Purple Heart Chapter 460. He served as Chapter Commander for three years until he became sick and could not serve any longer.

In February, he was chosen to represent Arkansas during a week-long tribute for National Purple Heart Honor Mission in New York. That was to take place in April of this year but was delayed until September due to covid. When the children were younger, Doug participated in their activities, such as Boy Scouts, baseball and any other activities. He loved to travel, hike, fish and camp. Above all, he made us know how important his family was to him.

He was preceded in death by his parents; two brothers, Virgil Jerald Chambers and Wesley Eugene Chambers; one sister, Shirley Corene Chambers.

A funeral service was held July 9, 2021, at Main Street Baptist Church in Farmington, Arkansas. Interment followed at the National Cemetery in Fayetteville, Arkansas.

John Boyce Hooser, Sr., age 78, a resident of Lincoln, Arkansas, passed away Friday, July 2, 2021, at Circle of Life Hospice Home in Springdale, Arkansas. He was born December 15, 1942, in Sulphur, Oklahoma, the son of Vernon and Ina (Brandon) Hooser.

John served in the 82nd Airborne Division of the United States Army. He worked most of his life as a long haul truck driver. He was a member of Summers Missionary Baptist Church.

A funeral service was held Tuesday, July 6, 2021, at Summers Missionary Baptist Church. Burial was in the Prairie Grove Cemetery.

Mitch was preceded in death by his father, his mother, his brother, Stanley, his granddaughter, Cara May McCorkle, and his wife Henry McCorkle. Mitch is remembered as a loving father, granddad, and great-granddad by his children, Michelle Cargill and her husband Steve, Sam McCorkle and his wife Carla; four grandchildren, Ben, Nikki, Rebecca, and Madeline, and three great-grandsons, McCall, Henry, and Emerson.

Mitch was a leader in his community. He is most well known for his role as the longest serving fire chief in the country, working as the chief of the West Fork Fire Department for 56 years. Mitch was recognized at a national ceremony in Chicago for his service. He also served on the school board in West Fork and on the board of Directors for EMS. He was an active member of his community of West Fork, organizing events and participating in community projects.

His family will remember how protective and decisive he was when making decisions for the people he loved. He loved his family and he loved telling about his and Henry’s family history. One of his favorites was a story about how Henry’s great-grandmother rode on horseback all the way to Prairie Grove with her infant son, Henry’s grandfather, to check on her husband who had been wounded in battle.

He could be found many mornings at the coffee shop with friends, telling stories, and at his repair shop in the afternoon applying his many talents inventing, building, and fixing tankers, trucks and other vehicles. He built tankers and brush trucks for the fire department and during his service as fire chief he did all the maintenance for the West Fork Fire Department vehicles.

If you wish to make a donation to the West Fork Fire Department in Mitch’s name, the family would greatly appreciate it.

A service was held Thursday, July 8, 2021, at Unity Covenant Church in West Fork.

Bessie Irene Richards Scott, age 99, a resident of Prairie Grove, Ark., passed away Monday, May 24, 2021, in Fayetteville, Ark. She was born July 31, 1921, near Lewisburg, Pennsylvania, the daughter of William P. and Emma Mae (Rute) Dieffenderfer.

Irene received her registered nursing degree in 1944. She worked in several hospitals, did private duty nursing, and later worked in the private clinic of her first husband, Dr. Arthur C. Richards. Some years later, following Arthur’s tragic death in the Korean War, Irene married Thomas Scott, an Air Force officer. They were stationed in Japan and several different states before settling in Springfield, Mo., following Thomas’ retirement from the Air Force.

In 1972, Thomas and Irene moved to their home on Table Rock Lake, where they lived until 2008. At that time, they moved to Prairie Grove, to be closer to their daughter, Christine.

Irene was preceded in death by her husband, Thomas B. Scott, and is survived by one daughter, Christine Dale Scott, of the home; one sister-in-law, Bernice Scott of Springfield, Mo.; and many cherished nieces and nephews.

The family would like to express their heartfelt appreciation to the staff at Washington Regional Medical Center, for the care which was administered to my mother, during her time there. A special thanks is extended to Dwight Bower, Irene’s Nephew, who provided Christine with much needed support during this difficult time.

There will be no memorial service for Irene. Her ashes will be interred in Mazeppa Union Cemetery West in Mazeppa, Pa.

Christine is planning a celebration of her mother’s life on Irene’s birthday in July. Irene would have been 100 years old.

Memorials may be made to Friends of Prairie Grove Pound or the Arkansas Country Doctors Museum.

Ricky (Beaver) Steiner, 66, of Van Buren passed away on Friday, July 9, 2021, at a local hospital. He worked in manufacturing and was of the Assembly of God faith. Ricky was born January 10, 1955, in Fort Smith to the late Richard Beaver and Geneva (Moses) Bowen. He was also preceded in death by a nephew.

Graveside service was held July 13, 2021, at Hall Cemetery in Natural Dam under the direction of Ocker Funeral Home of Van Buren.

Nadine Tennant, age 93, a resident of Lincoln, Arkansas, passed away Monday, June 28, 2021, at Willard Walker Hospice Home in Fayetteville, Arkansas. She was born August 16, 1927, in Lincoln, Arkansas, the daughter of William and Mary (Maddox) Shannon.

Nadine loved music and played the guitar and piano. She was part of a group that entertained seniors at area nursing homes. She was a life-long member of Central United Methodist Church in Lincoln.

She was preceded in death by two husbands Ernest New and Vernon Tennant, and one sister Arlene Leach.

Memorial was held July 2, 2021 at Central United Methodist Church in Lincoln, Arkansas. Burial was in the Bethesda Cemetery.

Peggy Frances Vickery, age 69, a resident of Prairie Grove, Arkansas, passed away peacefully at her home on Tuesday, July 6, 2021. She was born March 16, 1952, in Farmington, Arkansas, the daughter of Leroy and Daisy B (Herron) Richardson.

She was preceded in death by her parents and two brothers, Bob Richardson and Burl Richardson.

Burial was in the Prairie Grove Cemetery.,

Janette May Washington, age 82, a resident of Welch, Oklahoma, passed away Thursday, July 1, 2021, in Welch, Oklahoma. She was born June 16, 1939, in Charity, Missouri, the daughter of Shirley Manson and Wilma Lee (Rogers) Hicks.

Janette retired from the University of Arkansas after over 25 years in the Poultry Science Department.

She was preceded in death by her parents, husband Ray Washington, one sister and brother in law Jerri and Harold Collins, two brothers-in-law Doyle Washington and Richard Barton; one nephew Tim Hicks;

Funeral service was held July 8, 2021, at Summers Missionary Baptist Church in Summers, Arkansas. Burial was in the Ganderville Cemetery.

Harry was a devout Christian and had served in various positions including being a deacon, singing in the church choir, and even church treasurer. He was an Eagle Scout and coached Babe Ruth Youth Baseball for several years.

He was preceded in death by his parents.

Survivors include his wife, Dawn Wheeler; two sons, Alan Wheeler and his wife, Erica, of Lantana, Texas, and Jason Wheeler and his wife, Megan, of Raymore, Mo.; one brother, Georges Wheeler of Marietta, Ga.; one sister, Carole Dame and her husband, Guy, of Coppell, Texas; four grandchildren, Wyatt, MJ, Weston, and Tierney Wheeler; his nieces and nephews, Alison and Trevor Dame, Lauren Burke, and Avery and Palmer Wheeler.

Laura Alice Wise, 82, of Winslow, Ark., went to be with her Lord on July 5, 2021, at Washington Regional Hospital. She was born October 2, 1938, in Okemah, Okla., to Ernest Robert and Evelyn Jewel Parker Thompson.

Online condolences may be made to: www.beardsfuneralchapel.com.